5 REASONS ISRAEL IS IDEAL FOR STARTUPS

Israeli startups have seen some major acquisitions. Sony purchased Altair, an innovator of LTE modem chip technology, for $212 million. Cisco followed suit, purchasing Leaba Semiconductor, another chip development startup, for $320 million. Most recently, Intel announced it was acquiring Mobileye, a company focused on developing driver assistance systems and autonomous driving technologies, in what will be the largest acquisition of an Israeli technology company, for about $15 billion.

Waze, Viber and Wix are only a few of Israel’s famous success stories. During the last decade alone, more than 750 Israeli startups were sold in deals that netted investors more than $50 billion dollars (£39 billion) During that same time period, the average investment in Israeli hi-tech yielded a return of more than 3 to 1.

With the spotlight firmly on Israel, other high-growth companies, entrepreneurs, venture capital firms and investment banks across all sectors, from Singapore, South Korea, US and the UK are setting their sights on the nation smaller than the size of Wales.

As numerous experts have publically stated (Warren Buffet to Bill Gates as a quick reference), what makes Israel unique is an entrepreneurial culture that is embedded in the social fabric itself, which subsequently permeates all facets of business and life.

Of the $4.8 billion (£3.6 billion) invested in Israeli technology companies in 2016, around 4% was invested through this new channel, known as equity crowdinvesting. See our Equity Crowdfunding page

1. The power of necessity

From the nation’s inception in 1948, it faced far from its neighbours. With tensions still high among many neighbours, and uneasy peace treaties with others, Israel needed to be self-reliant. Israel has had to learn early on that its greatest strength was its own people. The country was forced to take an insular approach to building a global presence. However a small domestic market has meant that Israel’s entrepreneurs have been forced to think of commercial success at an international level.

Israel built a culture that focused on the development and education of its people to best nurture and protect its inhabitants. Israel has the highest number Israel boasts the world’s highest concentration of engineers and scientists per capita, and is ranked second in the OECD nations for post-graduate education.

2. Out of need, came innovation

As highlighted above, Israel did not have the luxury of trade and investment with politically or economically stable neighbours. With a lack of natural resources the people of Israel needed to get creative to thrive in a country with a lack of immediately available water supply. Israeli technologists have made incredible strides in water management, and have pioneered new technologies in drip irrigation, water recycling, and purification as well as desalination.

Today, Israel is largely water independent and, as the world’s water crisis continues to escalate, other countries are turning to Israel for its technology and expertise.

A highly technological military is where most young Israeli adults first experience life after high school, and national service is still mandatory. This environment throws its recruits into strategic intelligence operations where they rapidly become experts in the technologies needed to navigate warfare and military communications. In addition to technical skills that are acquired by some of the soldiers, the young Israelis also learn values such as responsibility, relying on other people to accomplish a mission and being able to speak your opinion even to your superiors, when you have different views. Taking responsible, calculated risk is encouraged

A 2012 study by the Organization for Economic Cooperation and Development found Israel was the the second most educated country, after Canada and tied with Japan. Data from 2015 show that 49 percent of those between 25 and 64 have attained tertiary education. Israel’s institutions tend to nurture the flames of curiosity, initiative and leadership instilled in its young men and women in the army. The universities are investing heavily in building out their technology capabilities and their labs and research and development centers empower entrepreneurs to bring their ideas to life

More than just the quality of the universities in Israel, it is their focus on R&D that has really underpinned the success of the “startup nation” Now increasingly referred to as the “scale up nation”
Government support for R&D also results in a steady flow of experienced technologists, scientists and specialists into the ecosystem.

The government and academia are not the only ones who have recognized the value in Israeli R&D; a growing list of Fortune 500 companies including Intel, Google, Apple, Samsung, GE, Oracle, Microsoft, Stratasys, HP and Cisco all have an R&D presence in Israel, seeking to tap into the innovative potential of this vibrant workforce

Available capital and funding vehicles means that money woes aren’t a roadblock to innovation. More than 70 active VCs in Israel, nearly a quarter of those being international firms with local operations, have supported the growth of the tech and innovation sector.

At a conference in the US, Blumberg highlighted that interest in Israel from VCs was high because of the exceptionally high quality of the technology coming out of the country’s startups. Oron affirmed that there were many funding options available to Israeli startups, and the acquisition of Mobileye by Intel has cast a spotlight firmly on Israeli tech, investment, and exits.

There has never been a better time for UK business investors and business leaders to Israeli tech sectors to connect, collaborate and learn from one another. 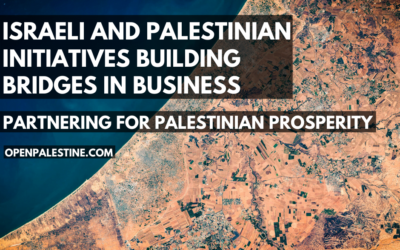 With the much of the world news focusing on the Palestinian and Arab world leadership rejection of the United States ‘Deal of The Century’, in this instalment of the Partnering for Palestinian Prosperity series, we look at the projects that bring aspiring Israeli and... 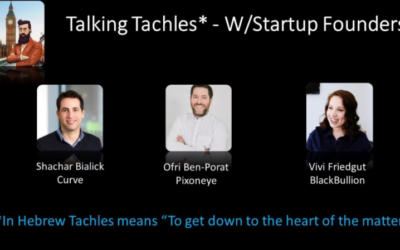 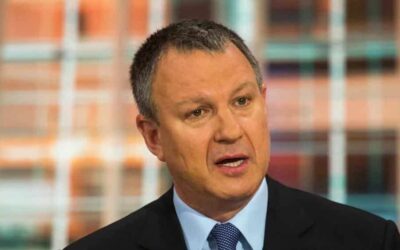 A talk hosted by John Thornhill, innovation editor at the Financial Times. MARCH 7, 2018 John talks to Erel Margalit, founder and chairman of Jerusalem Venture Partners, about his plan to help create a regional hub for tech startups, some emerging trends... 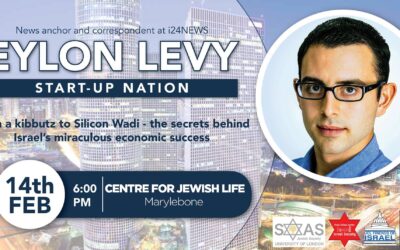 THE STARTUP NATION | A PRESENTATION BY EYLON LEVY

Israelinvestment.org had the pleasure of attending a talk hosted by KCL Israel Society, UCL Friends of Israel Society and SOAS Jewish Society and sponsored by CAMERA on Campus UK where Eylon Levy  delivered a fascinating talk on Israel as... 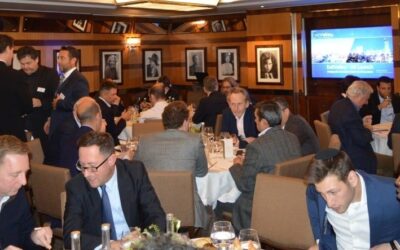 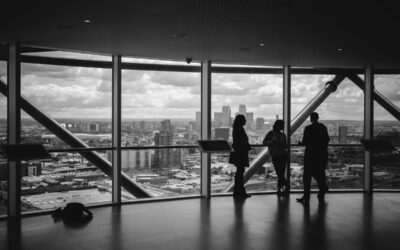 Targetted investment deal flow At Israelinvestment.org, we are about empowering our community to make informed investment decisions. So often we will present organisations that simplify the process of doing just that. VCforU has built a platform that...